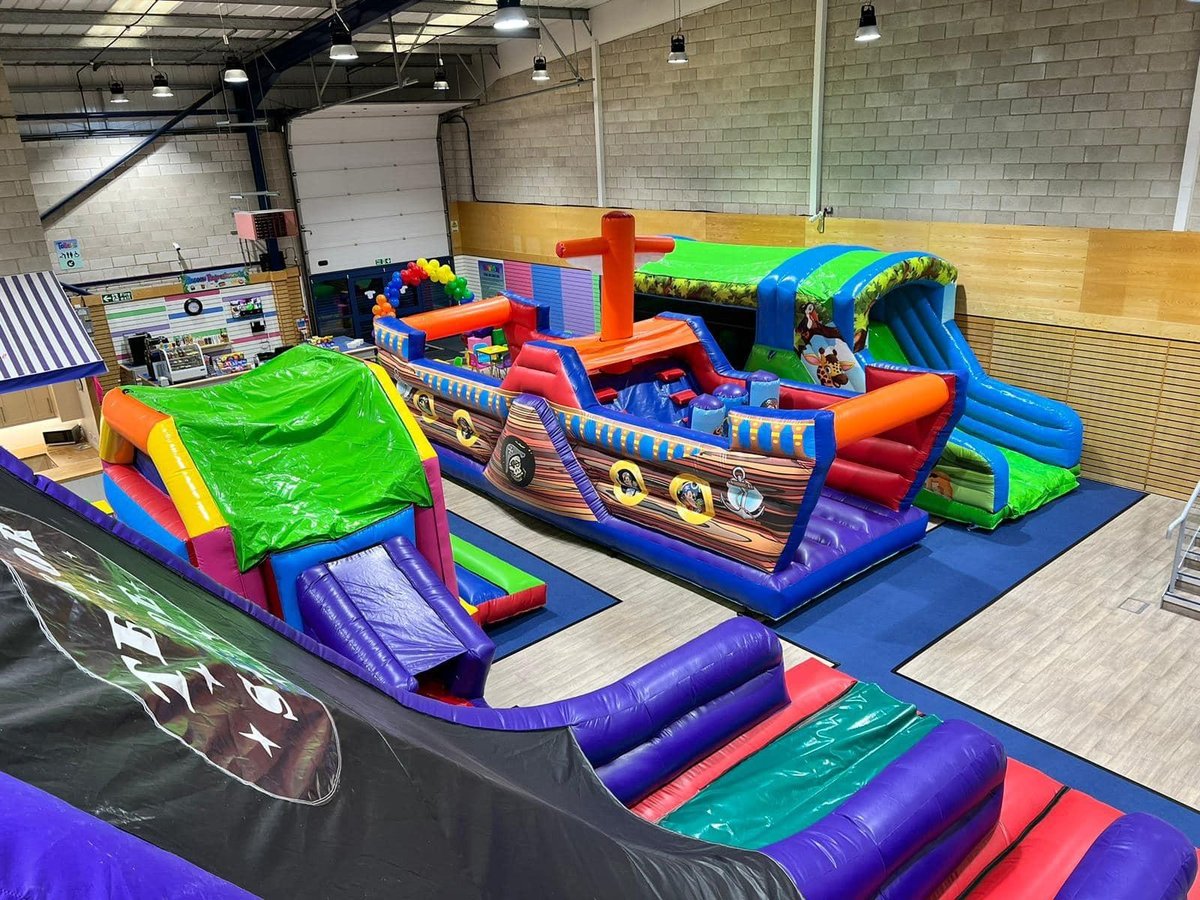 A new family attraction has opened in Rushden which is already proving a hit with children who love to bounce.

Inflatapark has moved into the building which used to be home to Coleman’s craft warehouse in Brindley Close, but no-one will be stationary when they get inside!

It is jam-packed with inflatables for children aged up to 12, including two 30ft inflatable obstacle courses, a giant 15ft slide, the ‘Terror Slide’ which is pitch black inside, the disco dome, a more traditional bouncy castle as well as an under-fours area.

Kelly and Adam Cousins are the team behind the new indoor attraction which first opened a month ago.

“It’s a little bit quiet during the week but the weekends are crazy with birthday parties and things.

As the former craft warehouse was already kitted out with a counter and cafe, Adam and Kelly didn’t need to do much to make it work for them.

And after looking for the right site for ages, everything seemed to fall into place with these premises, especially with its proximity to Rushden Lakes which they really wanted.

As many parents will be able to relate, Kelly and Adam were always looking for play areas to take their two daughters to, such as soft play and trampolining and outdoor parks.

Whenever they went on holiday, their girls would always be attracted to the inflatables like bouncy castles and slides.

But fun can come at a price, with some places charging up to £50 for admission for the whole family.

Adam said: “We sat there and said could we do something like this and make it cheap?

“My aim was to do something for people in this climate that saves them money so they don’t have to spend £50 for a family day of fun.

“It’s less than half the price here, that was our aim and that’s what we want to keep it at.”

Inflatapark doesn’t serve hot food, but snacks such as crisps and sandwiches as well as drinks are available.

And hospitality is something that Adam and Kelly know well, having run other businesses in the past including a pub and restaurant.

They also ran a mobile bar, but with Adam suffering a heart attack in 2015 and Kelly being diagnosed with leukaemia in 2018, the couple decided they needed to put their health first and made a fresh start.

Luckily Kelly is in remission now and they have thrown themselves into this new venture, with Adam saying: “I genuinely believe there’s a gap in the market for it.”

Since opening, Adam said ‘everyone loves it’ and they’ve held several parties already, as well as taken bookings for as far ahead as next July.

Visitors are coming from Rushden as well as Kettering, Northampton and even Milton Keynes.

Adam said: “It’s scary because we have put everything into it.

“If it doesn’t work, it’s going to hurt, but I am positive because it is working, we have just got to keep it that way.”

And family really is at the heart of the business, with Adam adding: “I don’t want to be a millionaire, my life doesn’t revolve around money, it revolves around having a comfortable life where I can spend time with my kids and my family.”

However, Adam is already looking to the future and says they would like to open up to five sites in the next few years.

An aerial view of Inflatapark

Inflatapark includes various inflatables as well as an under-fours area

The fun for kids includes the Disco Dome

Inflatapark has a cafe as well as an area for parties